I don't do Valentine's Day. I haven't since the 6th grade. Here's why: In the 5th grade my class celebrated this ridiculous day with cards and candy hearts. We brought them in and delivered them to construction paper mailboxes that were taped to our desks. I got lots of My Little Pony cards, a few Transformers, a couple made from cut up napkins that reeked of rubber cement. All the cards said "You're the tops!" or "Be Mine" or "Don't go changing!" (that would've been one of the Transformers cards). And then my classmates scrawled their names along the back. Bo-ring. But among the stash of commercial nonsense and rubber cement fumes there was one little gem from a kid named Fred. It was plain enough on the front, but on the back it said, in pencil, "I love you."

So apparently, with that, Fred officially became my boyfriend. And we proceeded to neither talk to each other nor look in the other's general direction for the next 2 weeks. It was magical. And then as quickly as it had begun, we were officially broken up. Still, in those 2 weeks, I slept with that valentine under my pillow, taking a peek at those surprising and demure pencil marks nearly every night. Then 6th grade Valentine's Day came around and....nothing. No surprises. No whimsy. Not even a daisy plucked from the playground at recess and thrown at my head. I decided that well, if the magic of Valentine's Day doesn't happen organically, you can't force it. So I refused to buy in to the February 14th nonsense.

Valentine's Day is simply so contrived. We force ourselves to come up with shmaltzy cheezy fluffy romance for the sake of a date on the calendar. We shroud ourselves in red and pink and pretend that we like teddybears and cupids. We listen to Tom Shane tout the perfect ruby for that special someone over and over and over and forget that we can change the station. We skim the top of our hearts like funk off a puddle to show, briefly, that we're more romantic than we let on. But it's not real. Where's the surprise? The genuine emotion? The sloppy yet heartfelt pencil note to someone you may not know very well but, shucks, you think is pretty cute?

Where am I going with all this? Great question. Here it is. This year I AM celebrating Valentine's Day. I'm reclaiming it and making it my own. I'm not reserving a table in an overcrowded trendy restaurant, I'm not stuffing a pink monkey into a coffee mug and tying curly ribbon to its handle, I'm not sending myself flowers and pretending their from a secret admirer (but if you're out there and listening....tulips, please and thank you). But what I AM doing is giving a big ol' smoochy lovey dovey hug to all these folks: 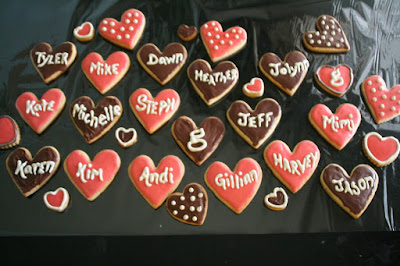 I am confident that the social media universe is simply eye-rolly about my gushing love for my job and the people with whom I share a workspace. I hesitate ever so slightly every time I feel the urge to say "I love my job!" on facebook. Because, well, we all know that joined-at-the-heartstrings couple who can't take their eyes off each other, ever, and who's undying giddiness makes you want to gag, then barf. You know they're not trying to gloat about their unabashed adoration, yet you're inclined to loathe them anyway. I fear sometimes that that's how my gDiapers love may come across. Then again, we're also secretly jealous of the magic that the barftaculous couple has. The pure bliss of day to day crazy-eyed love potion number 9 heart palpitating insanity. It's so gross that it's beautiful. Like this guy: 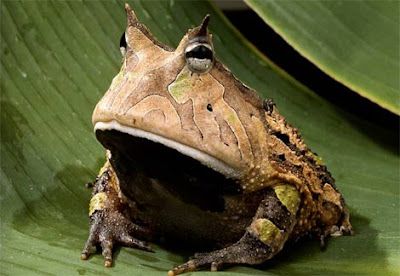 So if you, dear loyal and lone reader, remember, I royally messed up my annual gingerbread co-worker cookies this year. They weren't fit to be fed to my chickens. Though I did. And even they gave each other a sideways glance before tentatively pecking out the candy eyeballs. So to rectify past cookie wrongs, I offer up these sugar cookie valentines to the most caring, genuine, funny, supportive, creative, logical, passionate, altruistic and altogether 'g' co-workers on earth. You are my friends. And I thank you so very very much for the magic of working with all of you. For helping me grow. For nurturing my children. For petting my dog. For leaving a grande soy latte on my desk in the morning. For opportunity. For countless hours in savasana. For ibuprofen after a late retreat night. For celebration. For Pepper Box. For hour-long text-a-thons just to say hi. For you-tube videos. For fair dinkum. For playing along. For all things 'g'. You're the tops. Don't go changing.

For what it's worth, the cookies are 98% organic and 100% edible. I know. I ate more cookie dough than I care to admit to the iPhone Confessor app. But I'm not Catholic and I own a Blackberry, so I'm all clear.

And Marty, I know your name isn't on a cookie in the picture. The truth is I really did make you one. Then realized I very likely wasn't going to mail it to Arizona. So I ate it. It was delicious. Happy Valentine's Day, gDiapers. I heart you all. 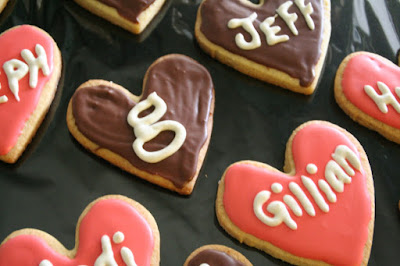 krisha said…
I love the way you write.