My first quick write assignment for the Literary Kitchen writer's workshop with Ariel Gore. Task: in 8 minutes write about a person you imagined one way and ended up another. Start with "I am..." 8 minutes. Okay, maybe it was 9. Here goes:


I am vomiting. Hand on John's shoulder blade, twisting it into a new shape, making silly putty out of bone. My face in a bedpan, hurling up ice chunks, juice pulp and the dinner from hours earlier. The throes of labor were being managed as best my body could. Which was pretty damn impressive, if I do say so myself. So what's a little throw up? I am birthing a human! Here he comes. He's going to be blonde. He's going to have blue eyes. He's going to have my love of nature and John's love of sports. He's going to run fast because he's going to run early, not waiting until his late 20's or early 30's like his dad and I did. He's going to scramble over ruins in the Yucatan by 3 and speak Spanish fluently with the neighbors by 4. He'll have a million great friends. Not just friends. GREAT friends. They'll love his words and his music and his charm and his easy way. He'll hate video games. He'll adore his grandparents. He'll tumble in the yard with the big dogs and ask me "mama, can I PLEASE bathe Montana? can I can I can I???" to which I'll teasingly roll my eyes as if to say, "I don't know...." like it's some special reward to bathe a 200lb St. Bernard, but then I'll give in, because he'll give me a hug and an i-love-my-mom-THIS-MUCH kind of look.

He'll be a melter.

And so I push. I wince. I take deep breaths and concentrate on the color of light I'm inhaling and how it changes as I exhale. I don't curse John. I don't curse anyone. This is an amazing feeling. The hurt is so immense, but it's a healthy hurt. Like laughing so hard your cheeks ache and your teeth are tender.

And he's here. And he's melted me.

He's blue eyed. Blonde-haired. And his head is perfectly....conical. I glance quickly to John, knowing he hasn't really read the books I've suggested on the birth process. His pupils are dilated and he looks as if he may faint. He's the proud papa of a cone-head baby. I smile and tug the tie-dye infant cap down over the precious head, knowing it will smooth out to a round shape in mere hours. I pull him to my chest. We pretend to still be a part of each other though he now lay on top of me, and no longer inside. We breathe together.

And River grows. He's a vision. His eyes are so bright as to be alarming. His hair so blonde as to be phantasmic. His words are insightful, profound, unexpected and articulate at an early age.

His mind is deep. He loves so many things, but thinks very heavily on them, and his eyes are often frustrated in contemplation.

He's 6. And beyond. He's changing. He's a thinker. His eyes tear up daily. He may still scramble over ruins in the Yucatan. He loves dirt. And hates soccer. He loves his friends. But is very particular about them. He erects worlds from Lego and illustrates life in Crayola markers. And I only wish that he find happiness in technicolor, even when he tends to highlight and hone in on the gray.

We all melt a little. We all take shapes that are new, unpredicted, but none-the-less illuminating. We mold ourselves, and are molded by the sometimes wrenching hands of our mothers, we cannot be pre-determined. But River, well, River can be anything. In that I am confident. I feel it in my silly putty bones. 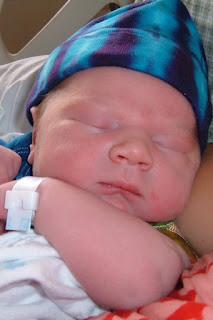