It goes without saying that this is my blog, so it's my opinion. Add to that obviousity (why not) that no one reads this but me, AND that I write here as often as a seasonal herpes flare-up, and you get a shoulder shrug, meh, take it if you want it. Leave it if you don't.
I just get so tired of the fighting.
The bickering.
The "December holidays belong to me", tongue sticking out, high horse-riding, my songs are more popular, my tree is bigger, my holiday is more exclusive, blabbity blabbity blah blah barf. Finger. Down. Throat.
I realize that this is not the shiniest and most magical bauble to ever be written around the holidays. Let's pretend I'm not sitting on my couch on a gray Tuesday wishing desperately to be with my children on Christmas morning. Let's pretend instead that there's fairy dust flying, egg nog flowing, and jingle bells drowning out the Lexus commercials. 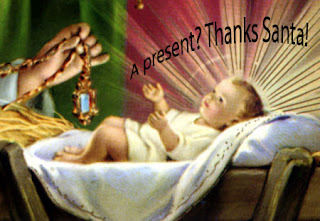 But here's my point. You. One reader. Mom. We ALL own the holidays. Jesus is NOT the reason for the season. Scholars tend to agree that he was born in the spring. Saviors have appeared to many cultures throughout the milennia, and people have used the winter solstice to honor those saviors since the start of recorded history. That's a long ass time. Before we sent Elf Yourself videos to our Facebook pages or scrolled through Etsy for DIY inspiration to really, you know, feel the holiday spirit, people looked to the sun. It was the most constant thing they knew. And for so many ancient civilizations the sun embodied divinity. It was the reason, the purpose, the entertainment, the tradition, the holiest thing people knew. It is, I believe, the reason we tend to look up when we pray or give thanks, regardless of religious (or lack of) belief. So when our star began to ascend once again north, the solstice became the chief holy day, a great celebration of joy, of communal cheer. We're all in this together because, hey look, we're all under the same beautiful sun.
So festivities sprang up, as they tend to do, traditions taking forms as unique as the parts of the world from which they came. And pieces of those traditions have rode in on the tongues of our heredity, and spread out on the exhalation of generations. Saturnalia gave us the spirit of carefree geniality, of servants and masters switching places and feasting together, of copious drinking and goodhearted nakedness (now known as the holiday office party). Something that the Puritans (and HR) tsk tsk'd and finger-wagged about. The happy Roman riot of Saturnalia created a fleeting world of love, neighborly kindness, and a tradition of small gifts and open houses.
Jesus. You're a good man. A GREAT man. And none of this is your fault. But you know, and frankly, I doubt you give a rip, that you were not born on Christmas Day. Your followers, or at least those who stood financial gain or loss based on the popularity of your existence, knew that it made political sense to switch their greatest feast day to a time already ripe with festivity. Many many members of the early church were pagan recruits, who already were celebrating the winter solstice in its logical glory. The sun was waking up in December. Fun in the sun. And the trend-setting Romans had another celebratory chink in their armor. In the 5th century they brought home Mithras, a Persian god of light whose chief symbol was....wait for it...guesses?... the (gasp) sun. The birthday of Mithras was celebrated on, I feel like I don't even have to tell you, the 25th of December, a day that they called natalis invicti solis (yes I just looked it up, cause who remembers that kind of thing?). So the soldiers introduced everyone to Mithras, who promised eternal life to the brave. Plus, the pleasures of Saturnalia were still ringing home the solstice. The two combined were like prosciutto and my mouth: a truly happy combination. And one to which the early Christian church just simply couldn't hold a candle to. So they called in PR and had a marketing pow wow. Pretty sure that's exactly what they called it.
"No!" they declared. "Silly rookies! CHRIST was born on December 25, not that golden oaf Mithras." Hmph. They belittled the Mithras' followers by saying that they were aping the birth of the true Son of God. Propaganda. A time-honored tradition.
It totally worked. Saturnalia's debauchery plus genuine piety created a perfect holiday. Be naughty AND nice. Drink it all in, puke it all back out, give a little, get a little, and celebrate it all in one fell and festive swoop.
There's so much more. One could devote their entire university education to the study of holiday, tradition and cultural celebration. My point here is not to argue. Nor to make Christians feel like I'm picking on them. My point is that we're simply all under the same sun. And every year, at this time, it begins to give us more of itself. Shining a little longer every day. Warming our bodies, growing our food, giving us more light for us to use to scrutinize every tiny detail of what's wrong with our bodies, our houses, our cars, our friends...or to appreciate them, though that's sadly seldom the tendency. 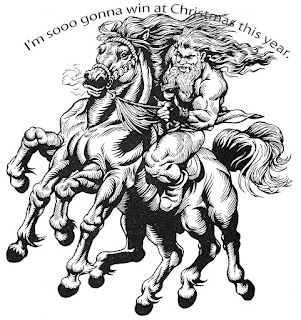 So when Odin on his eight-legged steed, Sleipnir, rides through the frigid nights of Yule to reward the good and smite the wicked, remember that with time, he'll turn into a jolly fat man from a magical land up north who has a large welcoming lap and a propensity to give you whatever you want just cause you asked for it. And then pause. Hug your kids. Kiss your lover. Fist bump your co-worker. And pull the world inside your brain and think "we're all in this together. let's enjoy the ride." Then together we'll raise our glasses, toast each other and this beautiful planet, give thanks for the malleability of tradition, and then sip our mead. Or egg nog. The choice is totally yours.
Happiest of all the winter holidays. To all of you. With all my heart. Cheers! 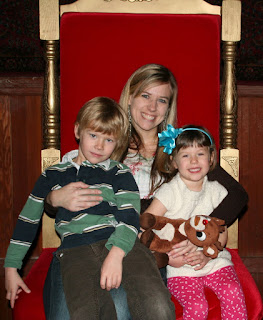 Terry said…
Well, we have every day to celebrate what Jesus did for all of us, don't we? Wish everyone had that same unconditional love from family at that time and right through the year.
July 25, 2016 at 12:29 PM