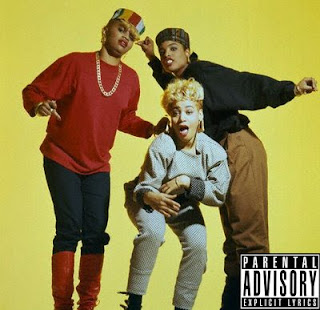 Let's have THAT talk. The one you don't want to have. The one that makes you squirm and find an excuse to go to the bathroom for 20 minutes, where you'll hide and hope it's over by the time you get back. But let's just get it out there. And dear god I so wish it was about sex.

We're quick to talk about the charming little house we bought (and at such a young age!). And then gush about the new energy-saving windows that are being put in and the new kitchen floor (the rooms will be warmer! think of the savings! and the planet!) And we're eager to discuss the trade-in steal we got on our car or truck (better gas mileage! the savings! the planet!). And we buzz around like flies high on poop fumes when we earn our college degree (I'm off to save the planet with my super educated brains!). We're doing it all the right way.
But no one wants to talk about this. All these sound, logical, smart-people decisions COSTS MONEY. And our clever ahead-of-the-ahem-curve society lets us pay for things without actually using real money. We'll talk about that fact til we're blue in the face. And then fist shake the system and get annnnnngggggrrrryyyy!!!! RED IN THE FACE!!! and maybe it is all their fault. But what we don't talk about is that we all (yep, pretty much all) of us...bought... into...it. No, I'm sorry. We didn't buy anything. We mortgaged it.
We don't talk about it.
It's (shhh) embarrassing.
And so we pay our minimums. Maybe a little bit more when we can. We quietly defer student loans, when they say it's okay. And stifle a tear when they don't, cause it's our own damn fault, right? And we watch the interest stack up. We watch our payments go to little more than finance charges. We hold our pay stubs up next to our liberal arts college degrees, shrug our shoulders, and think, "huh, that math seems weird." We'll elbow jab our colleagues at the coffeepot that yeah, we all deserve raises, but we'll also consent that it's not worth the discussion, or the company can't afford it, or maybe I'm not really worth it....and so we'll go back to our desks, head down and focused, and will the frustration away like bladder control on a roadtrip. "I can make it through...", I'll just drink less coffee.
We hunker down. We shy away from conversations with the friends who truly seem to have their financial act together (and wonder if they really do). We admit that we're broke, but we don't offer the details.
And by we. I mean me. bold and italicized and capitalized ME goddammit.
But I know I'm not alone. I know I'm not because the average American's credit card debt is between $8000 and $15,000. Their mortgage is $225,000 and monthly payment $1780 (assuming they're not paying interest-only, which is far-too common - so you're basically renting your mortgage then, right?). Their student loan balance is $25,000. Their monthly car payment is $385, ultimately paying a crap-ton more than the scrap of metal is worth. These are not luxury items. These are INVESTMENTS that we're told are sound, are American, and are a step in the right direction. Is any of this ringing true for any of you? Or am I pooping in the middle of your nude beach?
We rant about the frustration. But we don't discuss the details. We softly moan about how we shouldn't get our hair done, but then wonder in silence if we can even pay the mortgage. We politely turn down a vacation because we really shouldn't eat into our savings, and then swallow the confessional lump that our savings couldn't buy a bag of Doritos.
If we were more honest, could we collectively actually change things? Robert Applebaum is moving his petition around and forward and up and sideways to forgive student loan debt. Awesome. Neato. I've signed it. Facebooked and tweeted it. And held my breath for all of about 2 seconds that it'll do any damn good. I love that it's gaining attention. The grassroots grow pretty annoyingly deep inside me. But a lot of the liberal attitude that's expressed behind its back is that "yes, that would be helpful. yes, that would sure gosh golly be an economic stimulus. hum ho har har". But I'm not hearing this: fuck yes make that happen I fucking NEED it. Because no one is being honest about what their financial funnel really looks like.
Maybe if we were we'd get somewhere. If I got two emails in one day, one that said "Join in my fight against ____ and donate $25. Together we'll beat ____ and all wear ribbons and fist bump at the finish line" and one that said "My credit card balance is $10k and I can't afford groceries. If you and my 250 facebook friends could contribute this once, I could cut that debt by more than in half. And then in a few months, when you ask the same of me, I might actually have the cash in hand to help you, too." Well. No one's gonna send me that second email. But if they did....what would happen? Would I chuckle? Or shake my head and say "tsk tsk how did she let that it get so bad..."? Not likely. I'd say "Girl. Let's throw you a party and get this shit done." And I have a feeling that you, lone reader, would likely say the same.
But we don't talk about such things.
2012 is the year for brave conversations. At least that's what we've been talking about as a team at work. So here's mine. Debt sucks. And though I can pay the groceries (which keep getting more expensive, especially since I insist on a luxury diet that consists largely of produce, preservative-free bread and organic apple juice), and I could buy a bag of Doritos with my savings if I wanted (but I couldn't buy YOU one), I cannot escape the crashing wave of debt from weighing me and my family down. Maybe this is what being 34 is like. And I'll scrape together a future for my kids with my charm and my chuckle. But. I keep having a vision that looks a lot like this. And it's kinda hard to laugh at that. 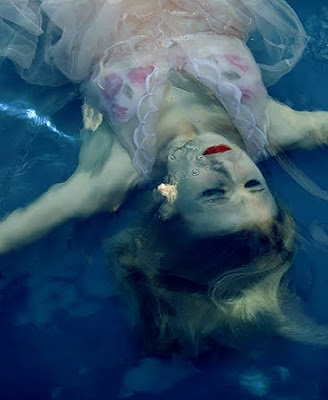 Unknown said…
I love everything about this post. I never understood why this was such a taboo topic. I often feel like I'm the only person in my circle of friends that struggles with all of this. It's nice to know I'm not alone.
May 16, 2014 at 10:28 AM