Obama broke a seal. He said “I support gay marriage.” He did it and immediately pissed off a large portion of America. He did it and immediately thrilled a large portion of America. Regardless of where you stand on the issue (and if it’s not with Obama then I shall kindly ask of you to leave, and come back when the part of your brain that’s not yet zombified stands up in opposition and lobotomizes the zombie right out of your skullspace) the hugely important thing in all of this is that he did it. He just did it.

We can be a nation of individuals that know in our hearts what is right. But we don't say it out loud. Like screaming loud. Loud enough to really be heard. We discuss it on a small scale, sharing our sentiment as individuals. In our facebook posts, on our bumper stickers, and maybe among friends. Actually, among friends is not likely. Cause if it’s a hot-button issue (is that nerdy?) people throw their opinions to the masses in a safe realm of anonymity. But when it becomes a face to face situation, we quiet our heartfelt opinions on the issue. We don’t want to feel alienated. We want to belong, and we want to feel validated. And when there is a threat to either of those things, we'll kill it. And in this case, by just not talking about it. To quote a badass chick I know, “Because alienation wasn't just an eighties tv show..."

What we need is our “Yop!” That tiny voice that climbs to the top of the city and belts out the sound, just a fraction of a decimal higher, that finally makes the collective sound break through the atmosphere and fly through space to be heard by the giant gentle elephant on the other end. That one extra voice that can make all the individual voices below become strong enough to break through for change. 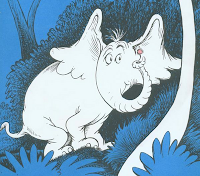 Obama was the Yop.

Maybe it was a campaign strategy. Maybe it was a marketing gamble. Maybe it was legitimately just something he said “I have to do this cause this is just what is right for people.” It doesn’t matter. What matters is that he did it.

And now others will do it as well. Oreo just did it. They weighed the gamble of gain and loss and decided, I'm assuming, we can’t accurately predict how this will truly affect our business. There’s just no way that marketing and sales analysts could adequately predict whether or not definitive consumer isolation would make up the loss by acquiring new consumers en masse in the process. So without that hard-math-science-whatever, what do they really have to go on? “We have to do this cause this is what is right for people.” Right? 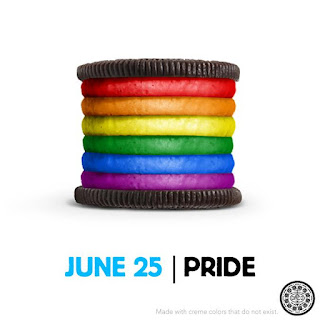 As dirty as this feels to say to me, corporations have a larger circle of influence than most individuals. (blech. spit. patooey.) So when corporations start speaking to issues that are outside of their bottom line, making decisions that are better for people, that influence can only go outward. And that’s a damn good influence.

We’ll watch how this unfolds. I’d say predictably. In typical polarizing fashion. The same political and religious rhetoric. That will all happen. But then something else is going to happen. And it’s exciting. More people or corporations will start expressing in their business practices their true beliefs about what is best for people, people now and in future generations, what is best for the environment, what is best for moving us evolutionarily forward, instead of stagnant.

Obama broke that seal. But he never would have if it weren’t for the massive swell of beautiful people beneath his banner of influence, people who have been increasingly raising their voices, publicly, not veiled in just bumper stickers and anonymous social media. Raising them loudly, logically, and not always politically correctly.

We’re on the verge of a truth revolution.

And I don’t give a shit if that makes me an optimistic hippie.
Email Post
Labels: corporations gay pride horton obama oreo