So full of promise. Potential. Commitment! Exclamation points!! Vacation!!! <-- that last point trumped the ones prior. I started the month with a commitment to take a pic and post it every day this month. Then I hopped a flight, I mean two, to Pittsburgh to take an historical tour of my beloved's hometown and thus the pic and post was paused. I'm about 11 or 12 days behind in this project. But LUCKY YOU! I just happened to take a crap ton of pics whilst in the 'burgh. And Tim took even MORE, which would be a, um, a shit ton?

Here's how I began my Pittscursion: 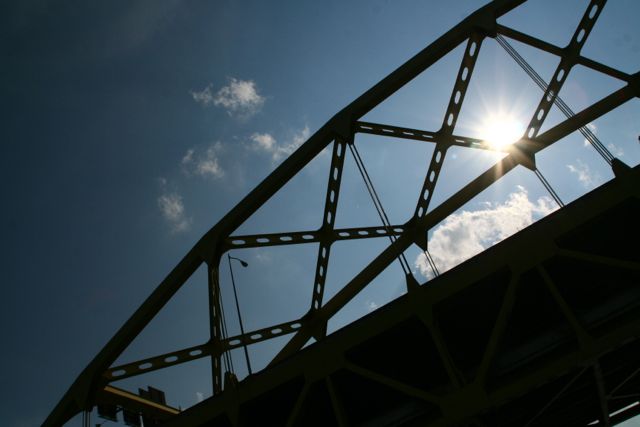 Pittsburgh has bridges. MORE bridges than Portland. And they may not have many cyclists, but we did see a small handful of hipsters. Bring it on Pittsburgh. I'm sure Fred and Carrie have enough quirk to pull of another IFC phenomenon.


And now, I shall inundate you, ocularly, with scenes from The Cathedral of Learning at the University of Pittsburgh. In a word: holyshit. In a couple words: holy shit. 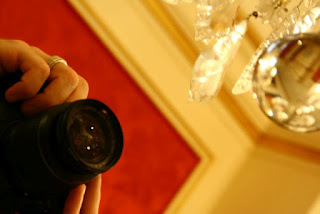 I met (and fell in love with) Tim's family.

I'm skipping some shots here, cause i think they're better reserved for a whole separate blog post. "The Kennywood Terrors." Or "Nighmare on the Merry-go-Round". Working titles, the both of em.

We kicked it the cultural district. I feel all of a sudden ashamed for saying "we kicked it". Like I'm some Brittany Murphy wannabe rollin' with her homies and getting in with the cooler kids. Not ashamed enough to delete it.

I asked "How is it that magnolias are blooming in July?!" and Tim said "Things just might have different blooming seasons here." And then we both noticed it was art. A fake tree and we were the imaginary people milling beneath its sculpted branches. How very Beetlejuice of you, Pittsburgh.
We were lucky to be milling about on a night filled with pop-up shows, art galleries, puppet shows, and cell phone art installations that lit up when you made a call.