Last night was Back to School Night at the kids' new school in North Portland. And for the first time since forever, I lived within walking distance of my kids' elementary school. I was really looking forward to it! Back to School Night is awesome when you're under 12. Do you remember the excitement of bringing your parents into your classroom? Of showing them your desk and your cubby and where you put your lunchbox? Of introducing them to your teacher and how it was like connecting with celebs at a B-movie after-party? I couldn't wait to see Maggie's About Me/Ninja Turtle collage! And to meet Riv's new classmates and their parents! And to finally be the parent that could be involved in my kids' school. Ever since the marriage ended and I moved out of the 'burbs and into the city, I have had to drive 10 miles to get to Riv's school and another 10 back to the office. That's not a lot of time left for school involvement. But it is a whole lot of listening to NPR and "Ducks Don't Get Wet".

The kids would be coming to Back to School Night with their dad, his girlfriend, and her daughter. So I walked to the school on my own, breathing in the paint fume fragrance of life on the Willamette Bluff, getting flashed by a squirrel, and enjoying the waning moments of being bare legged and in short sleeves.

I arrived at the school and got a text from John saying that they'd be late. Traffic was bad. So I hung out in front of the school, watching as parents and kids gathered, waiting for the doors to open, like the crowd outside of Wonka's gates. And then when the double doors opened and everyone filed inside, I remained outside, leaning against the railing, feeling like a dog tied to a pole. Time passed, families flooded in, then trickled in, and then the Back to School stragglers became few and far between. I texted Cransky:   I feel like a loser. What I really meant to say was "I feel irrelevant."

But then I saw them. The whole lot. John and my kids, his girlfriend, Lisa, and her daughter. They looked like a great big happy family. I felt a pang. But the pang left quickly when Mags ran up to me yelling "Mommy!!!" and I scooped her up in my arms and she stuck out her lower lip and murmured in my ear "I lost my dresses again." And I hugged her and looked to her to ask why. That's a pretty big punishment for her. When she's really being defiant or just. won't. stop hitting her brother, the worst thing you can tell her is "That's it. No dresses for a week." She would sacrifice Big Baby at the altar of pants if it meant she could wear a dress every day for the rest of her life.

I carried her inside and chatted with Lisa and John about the dress issue. "How long was Maggie doomed to pants this time?" "Just 2 days." Then we proceeded into the hallways where ensued a great deal of pointing and "mommmming" and hand-shaking and demonstrating which water fountains worked the best and which were just awwwful and then we visited Riv's classroom. And then there was this moment. That kind that you just know the second it happens that you'll remember it even when you're 90 and sucking on butterscotch candies and calling the movie theatre just to listen to the showtimes.

All the kids had a large white sheet on their desks. It looked like the cover of a newspaper and had their photo on it and featured "articles". I saw pretty quickly that Riv had featured The Flight of the Navigator as his favorite movie, and had even drawn the little Puckmarin. We had just watched it last week for Friday Night Movie Night, and it was a big hit with he and Mags. Another 80's movie for the win! 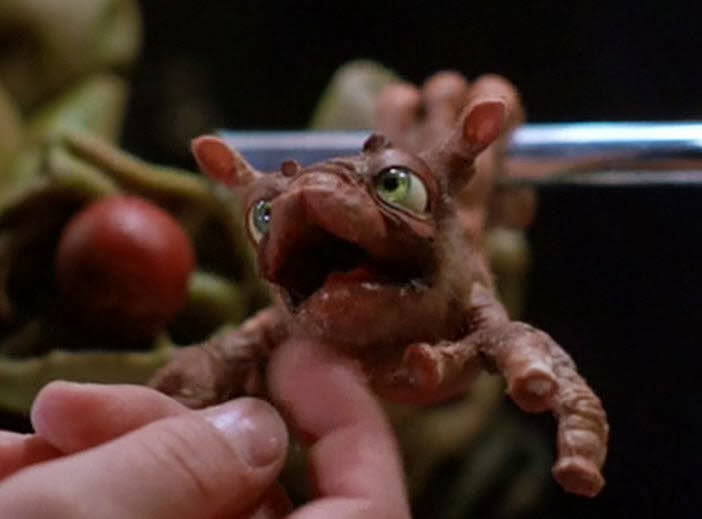 To the left of the cutest alien ever was an article called "My Hero" under which Riv wrote in big penciled letters: My Dad. The headline was followed by a glowing description of Dad's awesomeness and a drawing that looked a little like Tom Selleck. My very first reaction was one of relief. I did not want his hero to be something out of Minecraft. And for Riv to have his dad as his hero, well isn't that an absolute dream-come-true for a dad? I was really glad for the both of them. And I hope like crazy that it lasts our lifetime. At the same time, I became keenly aware of my body language as I read the hero article. I wanted to be crystal clear that my feelings weren't hurt. I didn't want one eye-twitch or nostril tickle to allude to any discomfort. But then I saw Riv look up at me, and his face took on a sympathetic smile and he leaned in to me and hugged my waist and he said "I put in Dad for this article, but I gave you the movie!" And it didn't matter if it was unintentional body language, or simply that River has an emotional intuition of a 60's poet, he hugged me because he saw that it was important that he should. He made me feel relevant.

Anonymous said…
What a beautiful person River is becoming, and no surprise; he has a very beautiful and relevant Mom!
September 24, 2013 at 9:47 AM

Bonnie Weeks said…
Just found you through Portland Bloggers. You ARE relevant and your kids need you. I'm amazed at how children are so aware of the people around them. I love your writing voice and looking forward to reading more.
October 2, 2013 at 9:46 PM