New Food Night and Magnets That You Shouldn't Eat

And then the calendar happened.

So several months later and we picked up where we left off. The question was what to make. I skipped Pinterest, the lame All Recipes spinner app and the cookbooks and went straight to the best information site available: YOUS GUYS. (via facebook) Several great suggestions later and we landed on a hybrid New Food Night. We'd be taking Chelsie's "Whole Bowl with Tali Sauce" recommendation, and throwing on a layer of "Broccoli Stuffing" from Eek. River's not a fan of the broccoflower, which meant that was definitely a dish we should try.

We hit the bulk aisle, loaded up our bags with almonds and littered the floor with nutritional yeast (5 year olds and bulk scoops are like all men and toilet bowls -- so many misses). The Tali Sauce is a ripped off recipe from a joint over on Hawthorne, where good food goes to get hippified. This New Food Night, by the way, was completely gluten free. That's not a wagon I climb on, but I have lots of friends who abstain from the glutes, so I'm pretty excited for them. Sharing IS caring.

Tali Sauce (interpreted based on ingredients I forgot to buy) 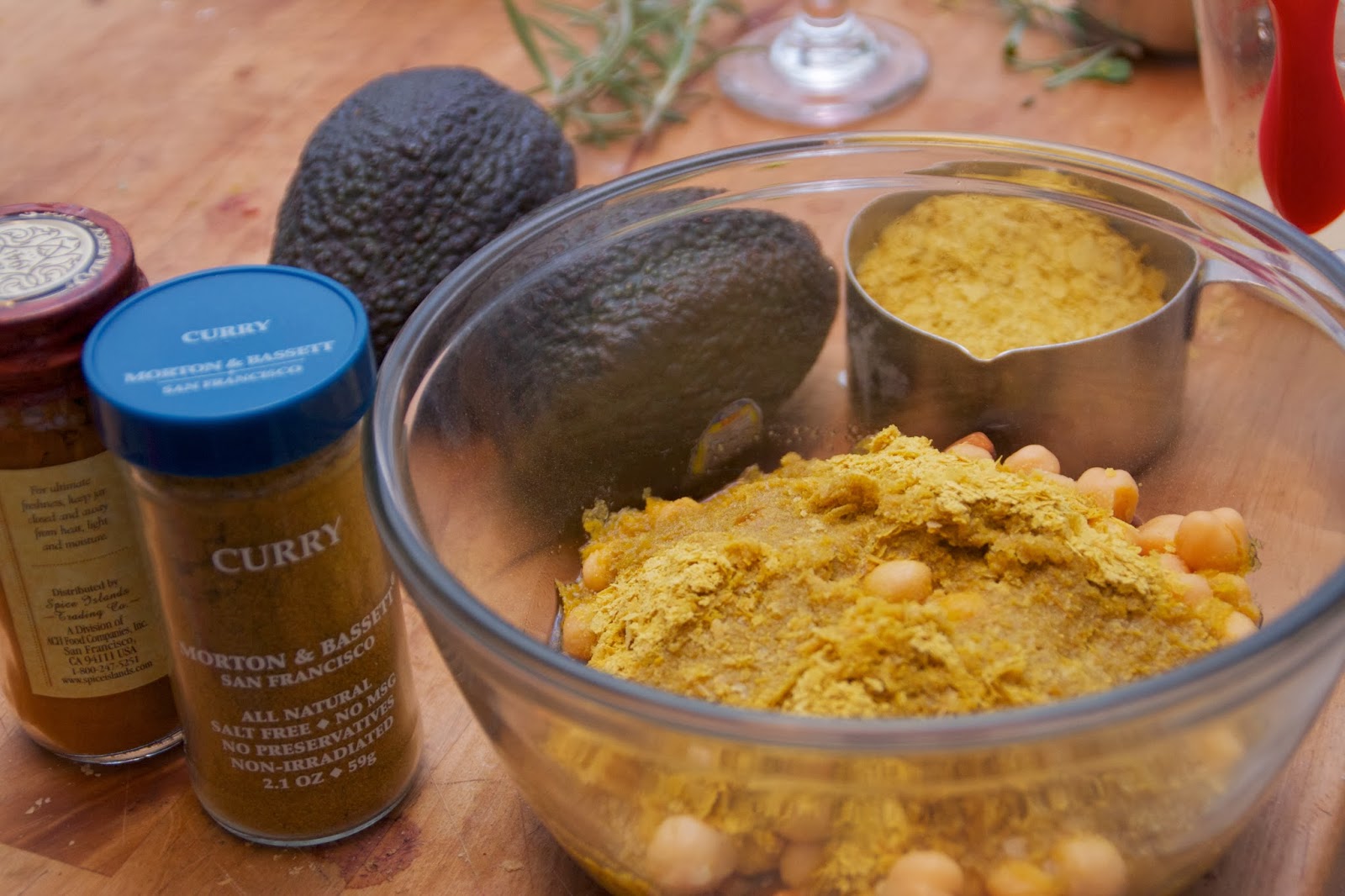 Blend that shit up in a food processor. Then mix in 2 tsp each of: 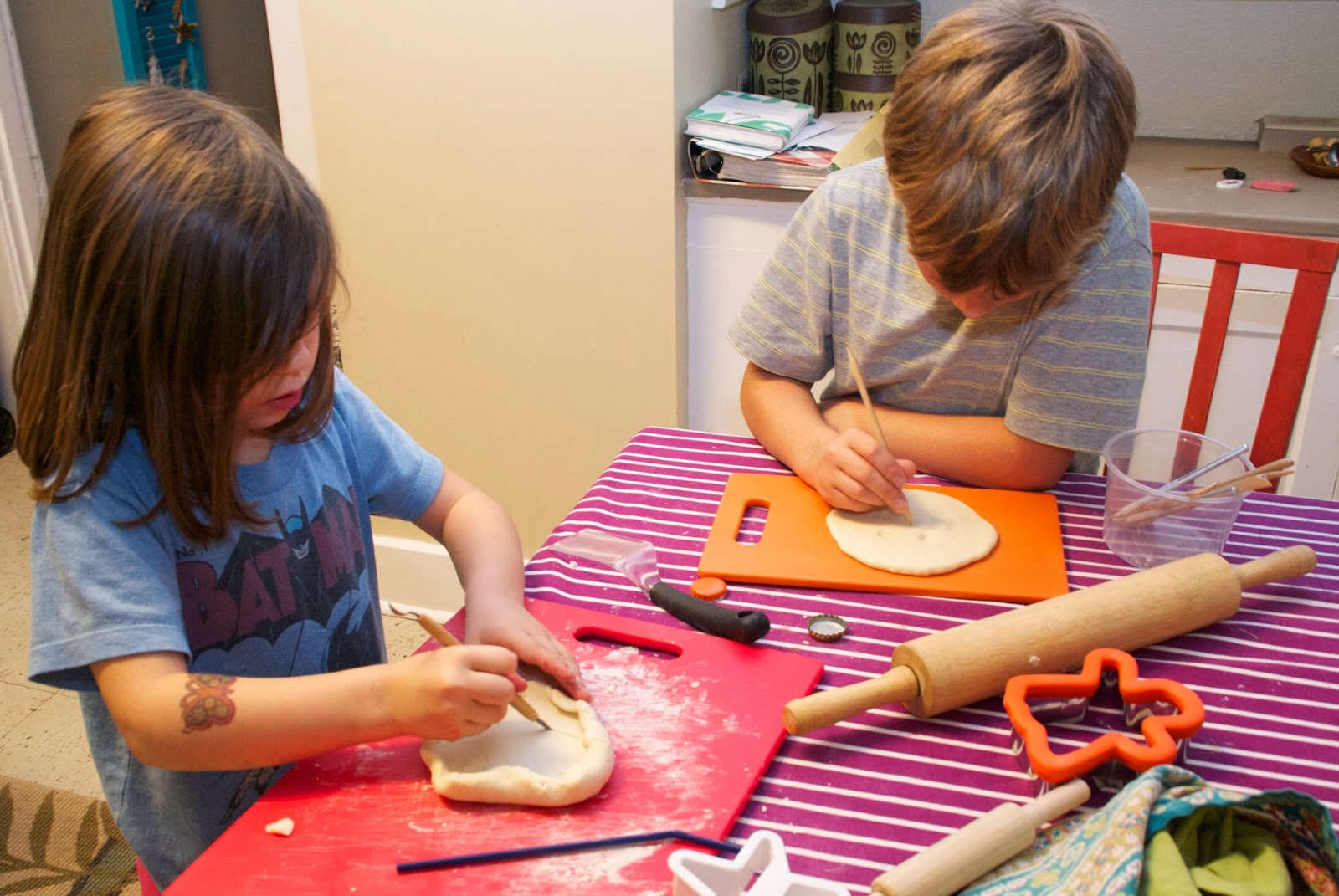 Meanwhile at the table, the kidlets played with salt dough. An asterisk of New Food Night is *even if you don't actively cook, you MUST be present and in the kitchen. So, salt dough ornaments and magnets were what happened.

That's exactly what Cransky did. About 4 heads of broccoli, chopped up, seasoned with a completely shoulder shrugged guessed upon amount of cayenne, salt, pepper, rosemary and nutritional yeast. Baked more like 20 minutes. Considering next time tossing with just a splash of olive oil just cause this meal is shockingly healthy and I may need more than just a mountain of cheddar cheese and sour cream to fatten it up.

I had been simmering black beans all afternoon and had cooked up brown rice. So the finished meal was layered with:

Put that in your face and eat it. New Food Night rides again!

Unknown said…
Such a great idea to include the whole family when making something new! I am going to copy you ;)
November 19, 2013 at 3:09 PM

Kelli Martinelli said…
Thanks! Seriously. My son is a non-stop fart-machine ever since, but it's worth it cause it's home-cooked? FYI, the leftovers all roll up nicely into burritos (eating one now).
November 20, 2013 at 12:49 PM

Renée @ The Good Hearted Woman said…
"New Food Night" is a great idea - and eventually it does work. My kids have been raised on cuisine from around the world, all prepared in my kitchen, and they now appreciate a wide variety of foods and flavor combinations. However, there are still moments that make me think, "Why do I even bother." Just last night, we were dining on a delicious Italian Chopped Salad and Sun-dried Tomato Quinoa, and my "baby" (age 12) said, "This is OK, but how about tomorrow we have something normal." How is salad and quinoa not normal? :)
November 21, 2013 at 9:56 AM