Earlier that night I roasted some chestnuts in the cast iron pan on the stovetop. I needed to crack one open and take a bite, to see if they were done. The shell removed easily to reveal the peachy nut brain inside.

I took a timid bite and determined that they needed to roast a bit longer. Moments later, my mouth confirmed that they were underdone with the telltale signs of allergy. My tongue felt mildly swollen, the insides of my ears were burning and somehow my teeth were itchy. YOU CAN'T SCRATCH A TOOTH ITCH! Bah. I could now add raw chestnuts to my ever-growing raw nut allergy list.

It wasn't so long ago that I would bring to work with me a mason jar filled with raw almonds. The jar would maybe last me two days. I loved raw almonds like a pre-schooler loves bubble wrap, and I'd pop them all day long. The crunch was gratifying and did more for my desk-side productivity than 3 cups of black coffee. Sometimes co-workers would come by and say hello, grabbing a handful for themselves despite my critical eye, mindful of how many they were stealing from my precious stash. Raw almonds and I were a thing. Practically teammates. Good for each other.

Then the almonds got bitchy.

I couldn't eat them anymore. I couldn't endure the teeth itching or ear burning that came with eating my favorite food. I could eat them dry roasted, or blanched, or tossed in copious amounts of butter and brown sugar and cinnamon and cayenne, but I couldn't eat them in their perfect, naked form. It was a damn shame.

Then the almonds turned the whole birch pollen family against me.

Raw peaches, cherries, and nectarines have all climbed aboard the "we hate Kelli's mouth" train. I could eat a cherry pie, but I couldn't eat the cherries whilst making the pie. I could clean up the puddles of peach juice left in my childrens' wake on a farmer's market Sunday, but I couldn't make a peach puddle of my own. Something had just switched, and I really didn't know why.

So back to one am, just shortly after the proverbial ball dropped and we had one final family dance party to What Does The Fox Say. Cransky and I were nibbling on the chestnut brain remains that still littered the kitchen island and I wondered aloud, "Seriously, what IS making me allergic?" And Cransky replied with, "This is information that you can actually find out. All you have to do is reach a foot over there and grab your phone." I looked over my shoulder at my phone. It was pretty close. It all sounded so easy. I sighed, the physical memory of tooth itch still lingering in my enamel. And that's when it happened: I learned something.

It's called Oral Allergy Syndrome. It's real. And people aren't typically born with it. The allergy develops when an immune system gets confused and mistakes a protein in the food for harmful. It gets confused! Then the body gets set up with a triggered alarm system so that every time you take a bite of that same food always and forever for the rest of your almond-loving life lasers of acute but annoying pain fire off across the hole of your face. 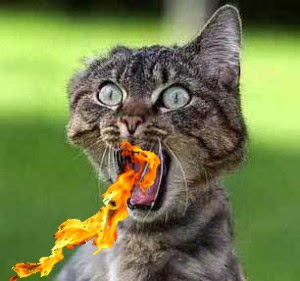 It cannot be un-done. My body made a mistake and now cannot un-learn that mistake. There's no system override! I ate myself into an allergy.

But at least now the mystery is solved. This isn't like the "every 7 years your body's allergies re-set themselves" theory. You know, when people are allergic to cats, and then they're not, and then they are again. This isn't a theory at all. It's just science: human bodies can sometimes be quite dumb.

And I apologize to almonds for calling them bitchy. Turns out it was all my fault. 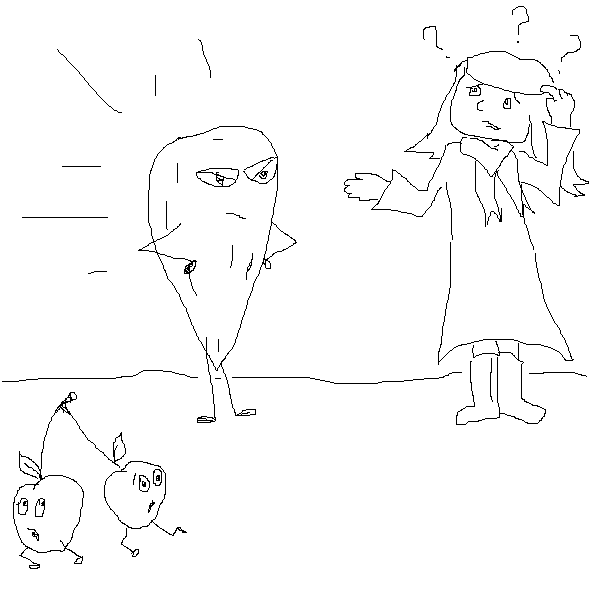 Renée @ The Good Hearted Woman said…
I feel your pain.

Mine is Hazelnuts. I used to live in the middle of a hazelnut orchard, and according to the allergist, the intense exposure to the pollen every year triggered an allergy.

Do you know how hard it is to be an Oregonian with a hazelnut allergy?!! Luckily, like your almond issues, it seems to be limited to the raw state, but as a food blogger, I have to ask practically every local product vendor I meet to make sure they haven't hidden some little bits of Oregon gold in their offerings. (I learned to do this after a very scary episode at PDX Saturday Market) Bleh.
January 1, 2014 at 9:31 PM

Kelli Martinelli said…
Oh ugh. Hazelnuts are like little mouth angels. Unless they're demons. I had hazelnuts in my pancakes yesterday and all was well, but the quick cooking might have strangled the life out of the protein allergen. I've read a few articles that say that microwaving the raw nuts for even a few seconds can help. Have you tried that?
January 2, 2014 at 12:47 PM