Talk Deserty To Me

I'm going to say upfront that I nicked the idea for this title from a billboard for Ben & Jerry's. Theirs, of course, was "Talk Desserty To Me" and I laughed out loud as I drove by, giving an "oh you clever little" finger wag and approving side-eye to the tickled pink copywriter who crafted that scrumptious marketing nugget. The fact that the billboard was promoting their dairy-free options, well that's just the Cherry Garcia on top. 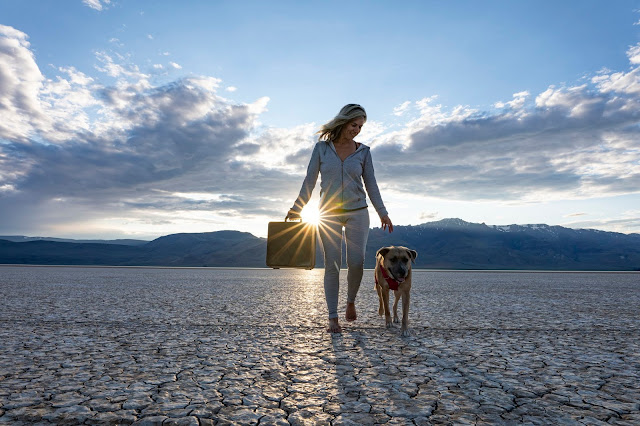 The last time there was snow. Just a few inches, enough to cover the playa, but not too much as to make us hesitate before gliding the Toaster's tires out over the vast, glittering expanse. It was an exhilarating dance of sweeping wide arcs and looping, shallow tracks. A dusting spray of crystalline powder, showering down like New Year's confetti in the otherworldly realm of the Alvord Desert.

This time there were clouds. Miles and miles of backlit, sidelit, frontlit, underlit shapeshifters shuffling silently across Earth's glowing dome. I toed the toasted sand tiles.  I sang into the side of Steens Mountain a song I wrote about summer, and flying, and wanting a new high. The crowded browser in my brain went x, x, x, x, x, x until the bar was empty of open tabs, and all that remained was the fuzzy haze of the dusty horizon, where podracers outlasted mirages. Where the blue bouncing ball whistled away 10 yards, then 20, then 30, until the dog became a concerning, disappearing speck, and I questioned my pet-parenting decision to finally let her off-leash -- though this seemed to be the most ideal place on the planet to inaugurate leashless liberties -- but then the speck of a disappearing dog became a dot of a reappearing dog, and then the dot became a true, right-in-front-of-me dog, and I smiled, and she drooled. And the dripping blue ball in my hand made me wonder if perhaps our blue world is out tumbling away 10 billion light years, then 20, then 30 ... a concerning, disappearing speck ... because that's what an empty browser brain and the desert will do to you. It is a new high. 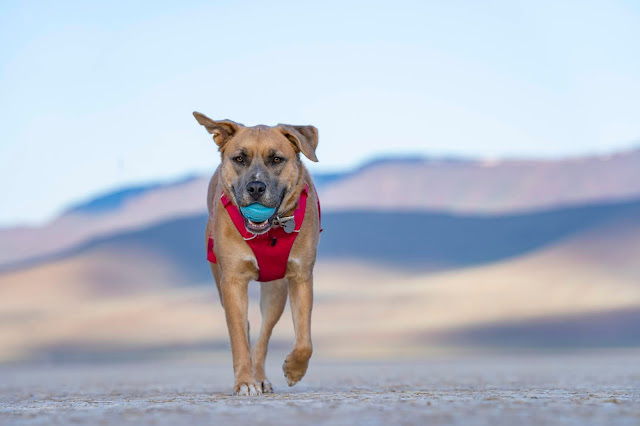 We did not trespass when signs told us not to. Which was almost everywhere.

We did explore where no signs indicated we couldn’t. Which wasn’t almost everywhere, but far more everywhere than you might think.

We packed out what we brought in, prepared even to bag up the processed and passed-through contents of our bellies. Prepared to pick up the errant and well-traveled Chuck E. Cheese balloon that lay lifeless and pointless among the sagebrush, a fleeting flicker of a birthday grin lost in the Mylar folds, baffling the hawks perched above on Raptor Row. 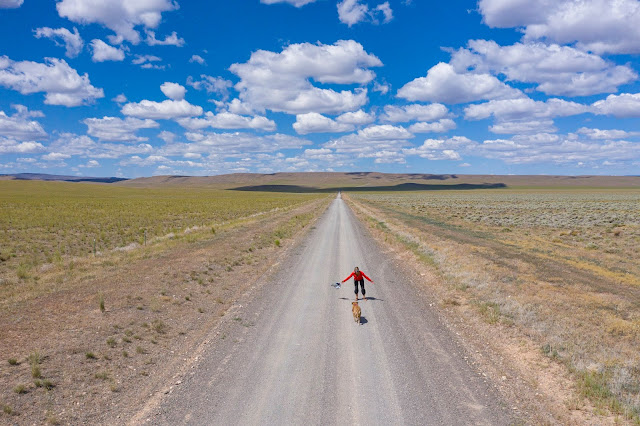 This is Oregon. As Oregon as Mt. Hood and Mt. Bachelor. As Oregon as rain and rocky beaches and microbreweries. As varied and storied as Powell's City Of Books, but with less checkout and more checking out. Ben & Jerry's billboards can't reach me here. But something else just might. Like my first midday Barred Owl, chased into a cottonwood by nearby nesters.

And maybe not all of it will be high desert heel-clicks at sunset. The charm of the jackrabbit commuters might be displaced by disgust at the ticks in the tall grass, those blood-sucking, parasitic arachnids that plaster themselves to a passing-by pooch. The intrigue of overlanding to remote, steaming pools that pour from the earth might be coupled with an unexpected feeling of enclosure, the impressive Owyhee Canyon walls holding in as many sun-burnt secrets as it holds diving nighthawks. And perhaps passage to those pleasant, steaming earth-pools might be prevented by a current that's stronger than my legs.

Though maybe, too, the ascending Cheshire Cat moon grin will meet me in the middle of a road that once went to somewhere, toting behind it those shuffling shapeshifters, those miles and miles of clouds. My eyelashes dotted with dust, my brain browser relieved, and my Oregon soul sated by the smell of sagebrush.